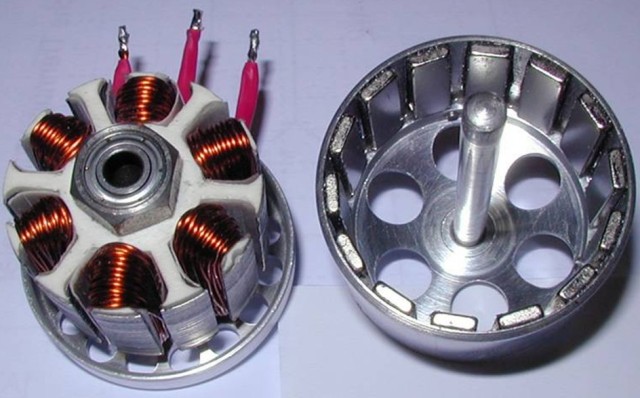 Stationary coils with a neodymium magnet filled rotor when assembled together makes a very strong motor/generator.

Tesla’s shift to a magnetic motor using neodymium in its Model 3 Long Range car adds to pressure on already strained supplies of a rare earth metal that had for years been shunned because of an export ban by top producer China.

FILE PHOTO: A Tesla Model 3 is seen in a showroom in Los Angeles, California U.S. January 12, 2018. REUTERS/Lucy Nicholson/File Photo
Efforts by governments around the world to cut noxious emissions produced by fossil fuel-powered cars is driving demand for electric vehicles and the metals used to make them, such as lithium and cobalt which are key ingredients for batteries.

Now the spotlight is on neodymium. Several auto makers already use permanent magnet motors that rely on the metal because they are generally lighter, stronger and more efficient than induction motors that are based on copper coils.

But it is the switch to neodymium by Tesla, an auto maker that has staked its future solely on the electric vehicle, that is showing the way the industry is moving and the direction of demand for the rare earth metal.