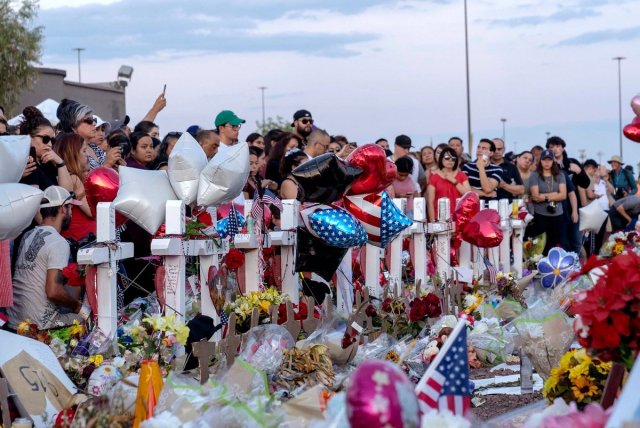 In the hours after the slaughter in El Paso, Texas, on Aug. 3, a final toll emerged: 22 dead, most of them Latinos, some Mexican nationals. A portrait of the gunman accused of killing them soon took shape: a 21-year-old from a suburb of Dallas who had been radicalized as a white supremacist online and who saw immigrants as a threat to the future of white America.

While much of the country reacted with a weary sense of sorrow and outrage, word of the mass killing was processed differently by members of Patriot Front, one of the more prominent white supremacist groups in the U.S.

In secret chat forums, some Patriot Front members embraced the spirit of the anti-immigrant manifesto left behind by the accused gunman. Others floated false conspiracy theories: the CIA was behind the murders; the accused killer was actually Jewish. Still other members cautioned that the group had its own “loose cannons” to worry about. It would be a bad look if the next mass murderer was one of their own.

But there was little, if any, regret over the loss of life.