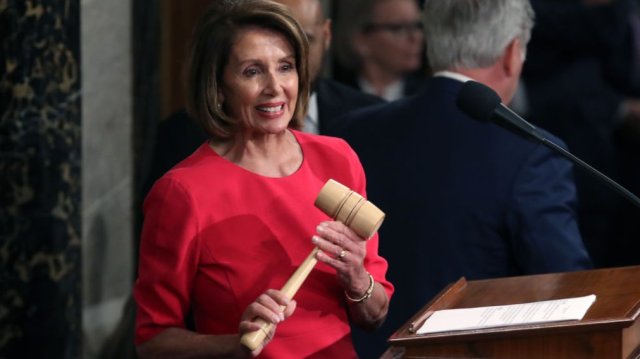 The hashtag #PresidentPelosi was trending Wednesday as Ambassador Gordon Sondland testified to the House Intelligence Committee in the impeachment hearings on President Donald Trump’s Ukrainian schemes for assistance in the 2020 election and implicated Vice President Mike Pence in the effort.

If Trump and Pence are both removed from office over their involvement in the plot, the next in line for the presidency is House Speaker Nancy Pelosi (D-Calif.).

“I’m fine with Pelosi serving as interim president until we hold an election,” tweeted activist Bree Newsom. “Both Trump and Pence are implicated in this conspiracy to extort Ukraine.”

In his testimony Wednesday, as Common Dreams reported, Sondland said that administration officials like Pence and Secretary of State Mike Pompeo were “in the loop” on Trump’s plan to pressure Ukraine’s President Volodymyr Zelensky to publicly announce an investigation into Hunter Biden, son of former Vice President and 2020 Democratic primary presidential candidate Joe Biden.