A SPACE ROCK EXPLODES OVER PUERTO RICO: For the past two weeks, strong earthquakes have been shaking the Caribbean island of Puerto Rico. Yesterday, Jan. 17th, the islanders felt an additional jolt–but this one came from the sky. “Amidst the earthquake swarm that we are currently experiencing here in Puerto Rico, we were also nearly impacted by a giant rock from space,” reports Frankie Lucena of Cabo Rojo PR. “The explosion is shown in this weather satellite image from GOES-16.” 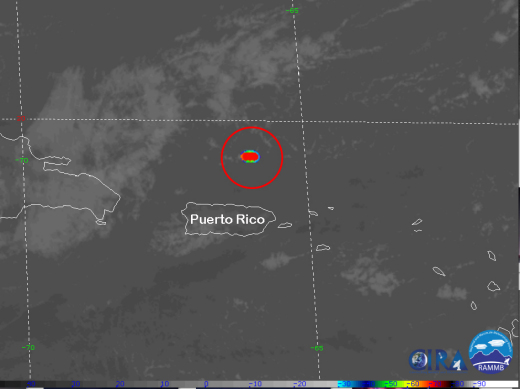 This event gave Lucena a feeling of deja vu. “Last summer an even bigger space rock exploded near us,” he says. “On June 22, 2019, asteroid 2019 MO disintegrated south of the island. Here’s a comparison of the satellite images, then vs. now.”

Yesterday’s fireball produced a loud rumble, was visible in broad daylight, and understandably unsettled many Puerto Ricans already on pins and needles because of the quakes. The explosion may have produced meteorites. However, none of them appears to have landed on the island.