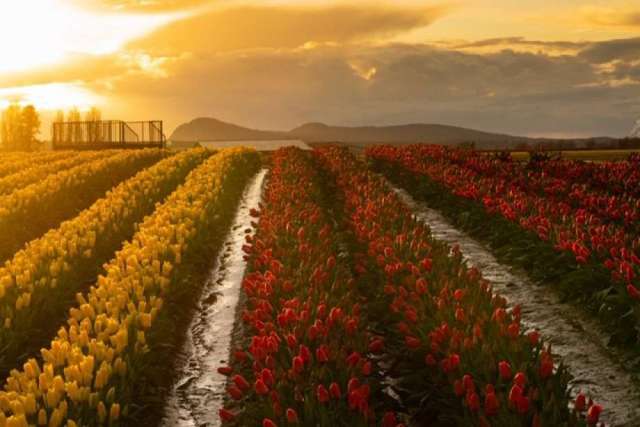 When original tulip-lovers realized they wouldn’t be able to visit the farm, the phones began to ring.

“Would you consider shipping your flowers?,” they’d ask, one by one.

“I know what it’s like to be in a community that has this identity wrapped up in its agriculture, but it surprised me at how emotional people became about the tulips, how many people reached out and said, ‘We are so glad that you didn’t quit. We feel so inspired by what you’re doing,’” Miller said. “Yet, we definitely didn’t start out to be an inspiration. It’s just the way we operate, it really is the way that we were raised.”

Though the team of Bulldogs had their fair share of corporate work before delving into Tulip Town, they were raised in the Mount Vernon neck of Washington’s woods, the county seat of Skagit County.

“For so many of us, when we were young, it was just what you did. You worked in the fields in the summer and then you graduate and you go away and go to college or join the military,” Miller said. “You start to notice that these were some defining experiences you had as a young person, which has helped you to be successful now.”

Now, Miller and his children, alongside the Tulip Town team, get down to work to revive the farm.